Use That Snow For Cooking

Posted by Emma Springfield on December 06, 2016 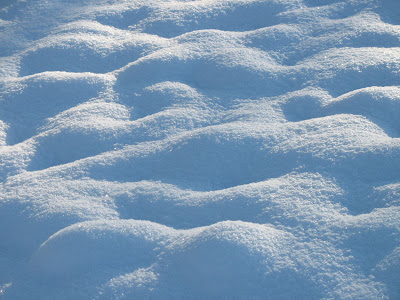 It is winter in the Northern Hemisphere. Many places have had a lot of snow. Some of those places are not used to having all that white stuff. I have a few ways to use snow that are tasty and will make a dent in the amount of snow in your yard.

The most obvious use of snow is to make it into a liquid. If nice clean snow is heated it can make tea, coffee, and hot cocoa. All of these go well with toast or cookies. The best part is that it takes no more work than using water.

Snow is great for the liquid in soup. And you can use whatever ingredients you like to go into the luscious liquid. I always say there is no way you can hurt a soup.

My father used to take his boy scouts camping. Each boy brought one 15 ounce can of food from home. The labels were removed by Mom or Dad before the boys left home. My father and the other men who were involved would pitch in and supply the meat.

On the day of the soup a huge pot was brought forth and put on the campfire. The meat was browned and then each can was opened and dumped into the pot. For additional liquid snow was used. The soup was always good even when spinach and pork and beans were some of the ingredients.

Now you know I like to keep the children busy and active. Give them each a large plastic container or bucket. Make sure to tell them to get only clean snow then turn them loose in the yard. This will give you time to get your materials together.

Snow cones are fun. You can make a syrup from Kool-Aid and sweetener or buy flavored syrups. A variety of flavors is a good idea because if there are more than two children, someone will not like one that the others like. Mixing flavors is fun too. A small plastic cup or glass will be needed for each child. When they bring their snow use an ice cream scoop or large spoon to fill the container with snugly packed snow. Have the children pour enough syrup over the snow to give a robust color but not melt the snow. Straws and spoons complete what you must have to let the children enjoy.

Sugar on snow is another fun treat. It is traditionally made when the maple sap is harvested. Heat the syrup to soft boil (about 234 degrees Fahrenheit). I use a candy thermometer because it takes out the guess work. The children can tightly pack the snow into small bowls. Pour the hot syrup over the packed snow without stirring. The syrup will harden into a taffy-like candy as soon as it hits the cold snow. The children can twirl it around forks or popsicle sticks and eat. This treat is often served with sour pickles to cut the sweetness of the candy.

Who likes ice cream? It is super easy to make with snow. You will need a large bowl and a large spoon. Put 8 cups of snow into the bowl. Add one can of sweetened condensed milk and one teaspoon of vanilla extract. Stir well. Serve in cones or dishes immediately.

Baobing is a dessert made in many Asian countries. From simple beginnings it has evolved into something a little more elaborate. Use a soup bowl and create a large mound of firmly packed snow. Pour fruit with its own syrup over the top. You can cheat and use canned pie filling. Then pour sweetened condensed milk over that or top it with whipped cream.

Perhaps we should make something that will stick to the ribs. Snow pancakes have been made in Great Britain for centuries. They gained popularity during World War II when sugar and baking soda were in short supply. Mix 1 cup of firmly packed snow, 1 cup of flour, 1 to 1 and 1/2 cups of milk, and a pinch of salt together to make the batter. Heat butter or oil in a skillet and drop spoonfuls of the batter into the skillet. When the top bubbles, flip and cook until golden. Serve with whatever topping you enjoy. I have read that adding even 1 tablespoon of snow to your regular pancake batter with make the pancakes fluffier.

So let it snow. We will follow the adage that says, "When life gives you snow, use it for cooking!"