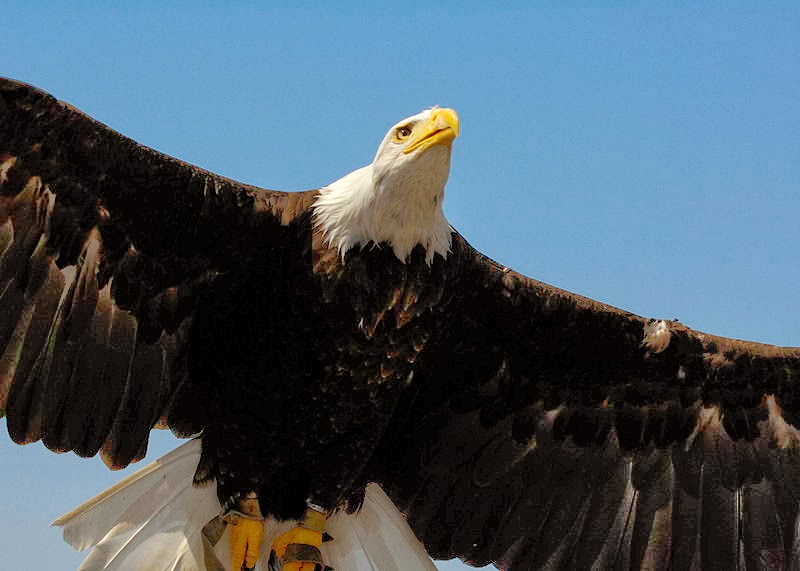 During World War II it was used to control malaria and typhus for troops. It saved a lot of lives.

After the war DDT was used to help control pests in crops. It was very successful.

The problem was that others animals were ingesting DDT by eating those crops or by eating insects that had eaten DDT. In 1972 The United States banned the use of DDT for agricultural use. Since that time most of the the other countries have followed suit.

DDT still has limited uses and is effective without doing as much harm to the environment as it used to.

Preserves to protect endangered animals have been established all over the world. In the United States huge effort was made to protect bald eagles partly because they are a symbol of the country. It has been an effective program.

In 1995 bald eagles were upgraded from endangered to the threatened species list. In 2007 they were removed from both lists in the 48 contiguous states. The ban of DDT and the wildlife preserves are credited with the recovery of the eagles.

Today there are new problems. In Utah bald eagles have begun to die. Scientists have not discovered the reason.

The birds have been found all over the state so intentional poisoning has been discounted. Some of the bald eagles were already dead when they were found. Others were seriously ill.

Symptoms have been treated but so far the sick birds have been put down in the end. Symptoms are weakness then paralysis of the legs, tremors and seizures, and death. Usually the cycle of illness takes 3 or 4 days.

If you come across a sick or dead bald eagle do not touch it. They don't know if the illness is contagious. But do immediately report the bird to authorities. We can hope that they will find the cause soon.

UPDATE: I just read that scientists are contributing the deaths of the bald eagles in Utah to the West Nile virus. They believe that the eagles have been eating the carrion of grebes that were infected. Testing is still being done but it seems that all the eagles being treated for West Nile virus are doing well.
Labels: Nature News Bits