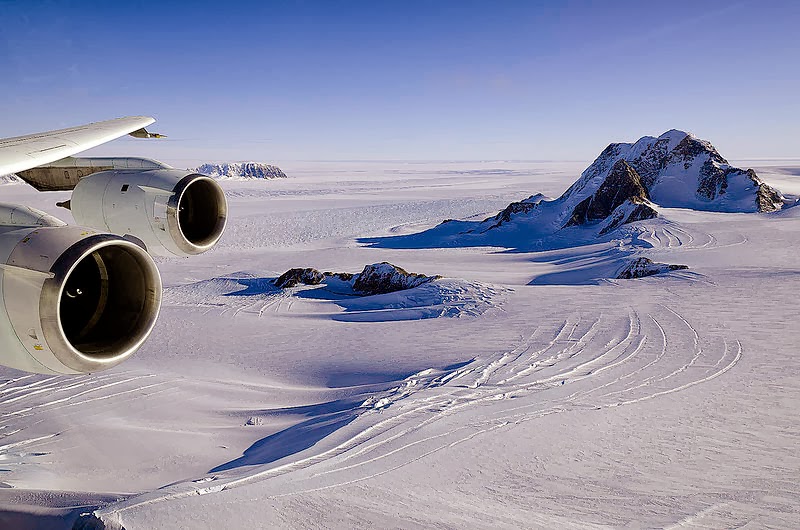 Researchers have been searching for a mantle plume under Antarctica for a long time. Now it looks like they may have found it.

A mantle plume is the welling up of abnormally hot rock from within the Earth's mantle. The head of the mantle plume can melt at shallow depths. They are probably the cause of the hotspots the are the centers of volcanoes.

Seismic imaging techniques were used to measure earthquake patterns. By placing seismographs in areas all over Antarctica they noticed that earthquake waves slow down in Marie Byrd Land. It is located East of the Ross Sea and south of the Pacific Ocean.

The slowing of the waves indicate that the mantle is warmer here than in the surrounding rocks. Directly beneath the Mount Sidley volcano is where the strongest low-velocity zone is.

The region of Marie Byrd Land swells up like a warm souffle. It has a lot of volcanoes. This indicates a hotspot could be there.

There seems to be no immediate danger of an eruption. More studies will need to be done before they can be sure that this is a mantle plume. But it looks promising.