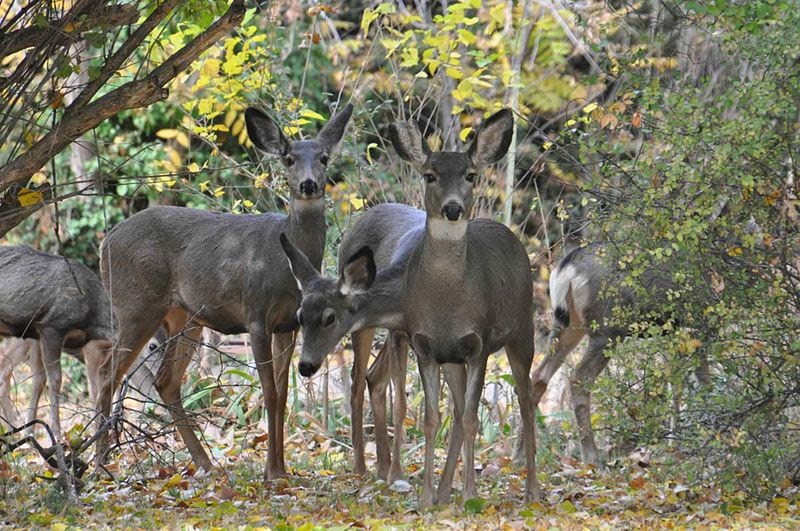 I was out driving a couple of weeks ago and saw something unusual. So unusual in fact that I had no idea there was such a thing. It was a deer about the size of a yearling. Deer are a common thing to see in this area so that was nothing different.

This little beauty was totally black!

I have never even heard of black deer. I assumed there might be albino deer but I had never seen one of those either. What had I actually seen?

Of course I had no camera with me. Even if I had one I was driving on the highway and there was no place to pull off to take a picture. The deer probably would have darted off if I had been able to pull over. However it happened I do not believe I was meant to have proof of that beauty.

When I returned home I promptly did a search on the computer for black deer. After all that was what it looked like to me.

There are indeed black deer. There are also black tailed deer.

Black tailed deer are believed to be a type of mule deer. They are mostly seen on the northern west coast of the United States. I eliminated the black tailed deer completely because their tails are black but the rest of their bodies are brown. It definitely was not a black tailed deer.

There are white tailed deer who produce too much melatin. Melatin is the pigment that determines the color of hair, skin, and retina. The deer who have the dark, dark coloring are known as melanistic or melanic deer.

Melanic deer are even more rare than albino deer. Few people even know they exist. Even fewer ever see one.

There seem to be a number of melanic deer in the area of Southwest Texas State University although they have been seen all over the United States.

Some melanistic deer are not completely black. It seems that there may be degrees of melanism. Albinism is either there or not.

Scientists are trying to determine if there is a gene or group of genes that contribute to the condition. So much is unknown. As a matter of fact there is very little information about black deer.

Did I see a black deer? I saw what looked to be a deer that is black. That is all I am sure of.