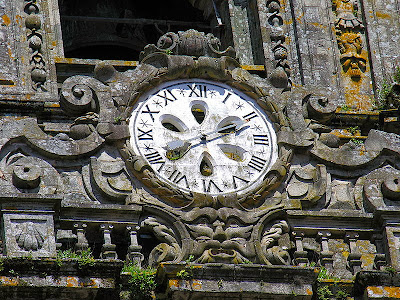 This year Daylight Saving Time ends on November 3. While I remind you to change your clocks appropriately I thought it would be interesting to learn a bit about DST.

01. Where did the idea for Daylight Saving Time come from?

Benjamin Franklin is credited with the idea. It may have been in jest. He noticed that daylight always came at the same time as the sun rose. He noted in his journal that the French (he was living at the time in France) could make better use of daylight hours and not stay up so late during the darkness.

No. Few countries near the equator feel the need to utilize more daylight. Many countries do not change their clocks to accommodate more daylight. Even in the United States, Hawaii and Arizona do not observe DST although the Navajo Nation which extends over three states does. Their part of Arizona does observe DST.

03. When is Daylight Saving Time?

In the United States it begins at 2:00 AM on the second Sunday in March and ends at 2:00 AM on the first Sunday in November. Europe countries have different times. Winter is the opposite of ours in countries south of the equator so their DST is also opposite ours. Russia decided to institute a permanent DST. Many of the people there do not like it in the winter so there is some talk of adopting some other method.

04. How is Daylight Saving Time useful?

It is believed that the extra hour in the summer months gives farmers extra time in the fields. Some research shows that some crimes lessen during DST because of the extra daylight. Auto accidents seem to be fewer because fewer people are driving to and from work in the dark. It can also conserve energy because a smaller amount of electricity is used for lighting. "They" seem to think there is more time for exercise if people use the longer daylight hours.

05. Are there drawbacks to Daylight Saving Time?

During the first couple of weeks of DST more heart attacks are reported. Conversely when DST is over there are fewer heart attacks than normal. Perhaps the adjustment to a person's system is adverse. International travelers can become confused by the time changes and DST sometimes makes it worse.

Twins were born in North Carolina. The first, a boy, was born at 1:32 AM. His younger sister was born 34 minutes later but because of DST the clocks had been changed at 2:00 AM. Her time of birth was recorded at 1:06 AM making it appear that she was born first.

In September, 1999, Israel had just switched back to Standard Time. The West Bank was still on DST. West Bank terrorists made time bombs and smuggled them into Israel so the terrorists there could plant them on two buses. Because of the time change the terrorists planted them one hour off from the time they were intended. Three terrorists were killed in the resulting explosion meant for the people who would have been on the buses if the times were the same.

A bomb threat was called in to a school in Pennsylvania. An honor student was arrested because the automated line recorded a call from him at the time of the threat. Actually he had called the school to get some information about his classes. The time changed. An hour later in real time someone else called in the bomb threat.

07. What other problems are associated with Daylight Saving Time?

Trains cannot leave the station before their scheduled times. During times when the clock changes the trains sit idle for one hour to accommodate the schedule. That can upset commuter times and family schedules.

It is called Daylight Saving Time with no "s" at the end of saving.

09. How will I know what time to turn the clock to?

10. Is there anything else I should know?

The changing of the clocks is a good time to check the batteries in your smoke detector. They need to be changed twice a year and DST will remind you to do it.