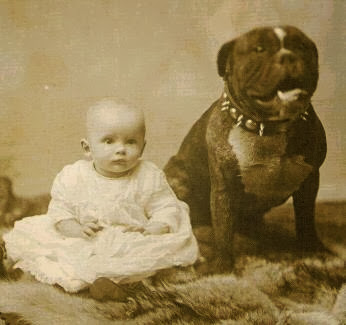 A family in Minneapolis, Minnesota, became a foster family to a 10 month old pit bull terrier. They would care for him until a permanent home was found. They named him TaterTot.

Only days after this pup went to live with the family he started to act funny. He was trying to wake up the 4 year old boy. He whined and barked. He licked the boys face.

He started running back and forth between the boy and his parents. TaterTot was frantic. It was the middle of the night. It took the parents a little while to realize that there was something wrong.

The mother got up and went to check on the little boy. He was barely breathing.

The parents rushed their son to the hospital. The boy's blood sugar level was life-threateningly low.

Doctors are not sure what caused such a dangerous drop in the boy's blood sugar. They do know that he was very close to death when his parents brought him in. TatarTot saved the little boy's life.

TaterTot has since been adopted by a very nice family. The grateful family of the little boy have happily added TaterTot to the family permanently.
Labels: Nature News Bits