Posted by Emma Springfield on September 05, 2013 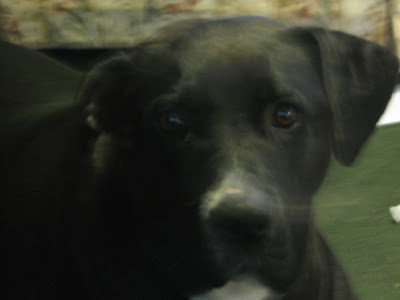 I recently visited Ratty. Copas was getting ready to go home and I wanted to visit with both of them. I stayed on for a time after Copas went home.

Most of you are acquainted with Isabella, Ratty's dog. She is a beautiful mixed breed.

Isabella had been an abused puppy. Then she was taken in by a family who loved her but could no longer give her a home. Ratty was happy to have her join him.

It took Isabella a while to feel at home here. She is not fond of men so learning to trust Ratty was a hard thing for her. Now she not only trusts him but it is obvious that she loves and adores him.

Ratty and I were spending a pleasant evening watching television and talking. Isabella had been restless all evening. She wanted out then back in, repeat, repeat, repeat. Ratty is so patient.

It was a warm night so we were inside. Outside we could hear the sounds that are so soothing in this part of the world.  The cicadas were a little loud but that is normal for this time of year. We could see lightning bugs through the window.

I was thinking of going to bed because I was going home early in the morning. Ratty said he would probably go to his bed as soon as Isabella went out for one last time. I said I would stay up until she came back in.

Finally Isabella scratched at the door. Just as Ratty let her in there was a loud noise that sounded like it was coming from the kitchen. It was a hissing buzzing noise and it was really loud. We both immediately wondered if something was ready to explode. 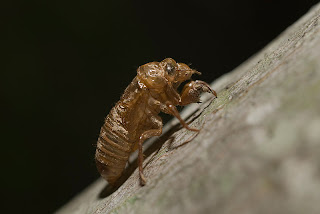 Isabella moved in front of the television and it began making noises. What was going on?

Ratty was the one who realized the noise was coming from Isabella. He went to her and she moved away.

Isabella opened her mouth and something jumped out. She grabbed it again in her mouth. The buzzing began again.

Ratty tried to get her to drop her catch but she moved away. It was hers! She opened her mouth again and it jumped out again. It tried desperately to get away but Isabella was too fast. She caught it again and held it in her mouth.

Ratty moved to get a shoe. As soon as Isabella opened her mouth again and the thing jumped out he crushed it. It was a cicada. 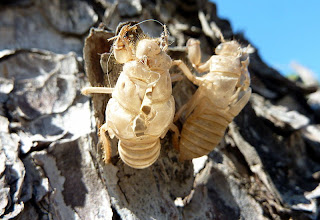 Isabella slunk off to an unoccupied spot on the floor. She thought she had done something wrong. It took Ratty several minutes to assure her that she was a mighty hunter and did something wonderful. She calmed down.

Almost as quickly she wanted to go back out. Looking for more cicada no doubt. Ratty let her back out. When she wanted back in he checked to make sure she was not bringing any guests with her.

Isabella trotted off to bed. The mighty hunter had retired.

I have started a blog. It has stories of my family as I remember them or as I was told about them. They are a way for me to keep my family history alive.

I have had a few laughs and a few tears with what I have written so far. If you would like a glimpse at my crazy, loving family, you can click on this link: Leaves On My Tree  I welcome any comments and criticisms.