Why Are Chimpanzees Stronger Than Humans? 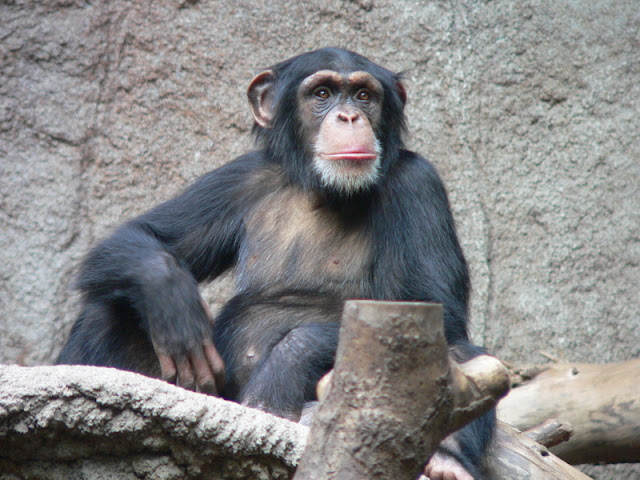 Why are chimpanzees stronger than us? That's an interesting question. Most of us already know that we are much weaker than our closest relatives. But why? We don't seem to be much different in size. We are even usually quite a bit taller than chimps. And they certainly don't look like your average muscle man. Yet they are still far stronger than us.

I guess it all comes down to differences in our evolution. Let's talk about some of those differences. Chimpanzees are about twice as strong as humans when it comes to lifting weight. That's just in their arms. But even their legs are stronger. Bonobos, which are a very close relative of chimps, can jump about one third higher than humans. They have the same leg strength as a human who is about twice as heavy as one of them.

One of the main reasons chimps are stronger than humans is that they don't have nearly as much fine control over their muscles as we do. We can do precise things like write our names or operate complex machinery. This takes more choice of smaller amounts of muscle fibers at a time. For this precise control we sacrifice that greater strength that chimps have over us.

So we know that there are obvious differences in the way our muscles work. Our nervous systems also exert greater control over our muscles than do that of a chimp's. It has been shown that according to weight chimps have much less grey matter in their spinal chords than humans. Spinal grey matter contains a large amount of nerve cells that connect to muscle fibers and regulate muscle movement. That's the process that enables that finer control of our muscles.

Since chimps don't have as much of that grey matter, when they use their muscles it's like an all or nothing process. They usually use much more strength than they need because of their lack of control.

Humans are also thought to have a built in safety system that helps prevent damage to our muscles. This safety system prevents us from exerting our muscles as greatly as a chimp would. Chimpanzees probably have their own safety system, but it most likely works differently than ours. They have greater bursts of strength, but we have greater stamina. It probably all works out equally for what each of us are intended to do, but it also shows our differences.

That's why chimpanzees seem so much stronger than us.