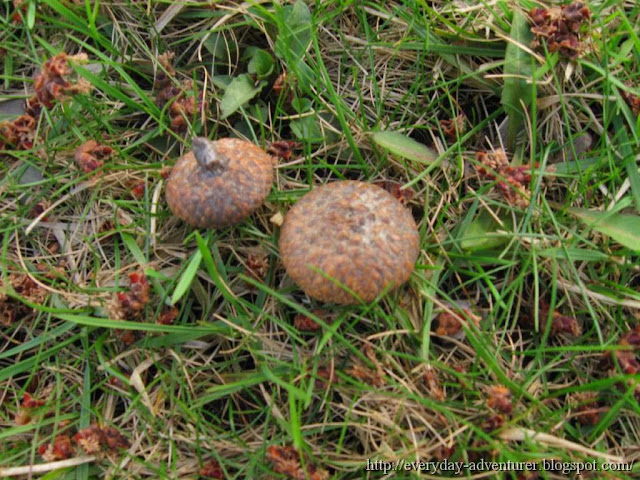 Here's another in my series of Tales From The Everyday Adventurer. It seems like it was only a short time since the passing of these events, but as I look at it I realize this was now actually four long years ago. Time really flies, as the stars of my little tale were small children when I first wrote this story, but now they're both nearly grown. I hope you enjoy reading about this adventure as much as I enjoyed taking it.  ~ Ratty

I had a couple of guests on my hike today. Alice made a typical Alice-like return, and Jack decided he wanted to come along too this time. I'll bet nobody that read about Jack thought he was real. He is, but the stories about him haven't been so far, because there has been nothing to tell yet.

Any time I have guests along on a hike, I have to alter the way I do things. For one thing, I know I won't be sneaking up on any animals when there is so much noise from other people. They don't do it on purpose, but they just don't know how to be as quiet as I do.

We did get to pass by the noisy frogs I've been hearing lately. Alice looked for the frogs and asked a few questions about them, while Jack seemed kind of uninterested. He was mostly putting on an act because he didn't want to seem uncool by liking nature too much. At least he came along, so that's a good start for him.

When we got to squirrel territory, I told them that the reason the squirrels liked it here was because there were plenty of acorns to eat. There were empty eaten acorns laying all over the place here, but we only saw a few squirrels. None of them came very close. We were just too easy for them to spot.

Alice began picking up the old acorn tops that she was finding along the way. It's the kind of thing a kid should do. She also had a pocket full of rocks from a few of her other adventures. Jack remained mostly silent throughout most of this, but he wasn't complaining. If you knew him, you'd know that's encouraging.

After awhile a man with two unleashed dogs came into the nature preserve. That pretty much killed the idea that we would see any wild animals today. The dogs came running up to us, and one of them made a small huffing sound at Alice, so I shooed it away.

The dog came back again in a few minutes, a little friendlier, so Alice tried to feed it an acorn top. The dog really wasn't interested. It mostly just wanted to greet it's new found friends. Even though dogs are my favorite animal, I didn't really appreciate it when it came back a third time soaking wet and shaking water on us.

After the man and his dogs finally left we made an attempt to find some wildlife, with no luck at all. We ended up slowly making our way back out of the park. Before we left, Alice asked if she could take a few pictures of her now beloved acorn tops. There they are at the top of this post.
Tales From The Everyday Adventurer