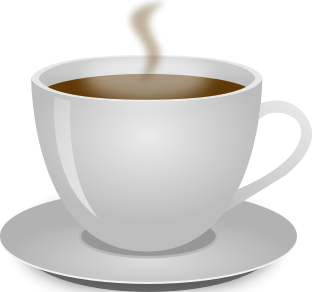 Don't you love a good cup of coffee? The warmth, the aroma, the boost it gives to wake you up in the morning?

There are a lot of different kinds of coffee. Just ask Juan Valdez. Everybody has a favorite kind or brand. But I am going to tell you about the rarest, supposedly best coffees in the world.

Civet coffee is the most well known of these exotic brews. In Indonesia the civet, also called a weasel, eats coffee beans whole. The undigested beans are expelled from the body by normal excretion. People gather these beans from the forest floor. The excrement is washed from them (thoroughly I hope) and they are sold for very high prices. A prepared cup of civet coffee can sell for as much as $50.00 a cup.

In VietNam the weasel is also used to make exotic coffee. But this stuff is called weasel puke coffee. As the name suggests the beans are swallowed whole by the weasel and then regurgitated. Once the beans have been thrown up they are gathered, washed, and roasted just like the civet coffee.

Why don't we move away from the disgusting coffees of the civets? India has Rhesus monkeys. They are fussy about which coffee beans are the best. They chew on them and then spit them out. Whole beans with bite marks on them are gathered by workers and.... you know the process. There is also monkey- poop coffee. Guess where it comes from. It's similar to the civet coffee but people who drink it say that it is less acidic.

The latest craze is elephant dung coffee. It takes an elephant about 15 to 30 hours for the whole beans to travel through the elephant's digestive tract. While traveling it mixes flavors with bananas, sugar cane, and whatever other plants the elephant has eaten. After the beans have been expelled from the elephant, workers let them sit for a day. Then they go through the dung and pick out the whole beans. The beans are put through the same process as the other beans. It's said that the coffee made from these beans is not as bitter as other coffees. All this happens in Thailand.

So can I get you a cup of coffee?
Labels: Nature News Bits