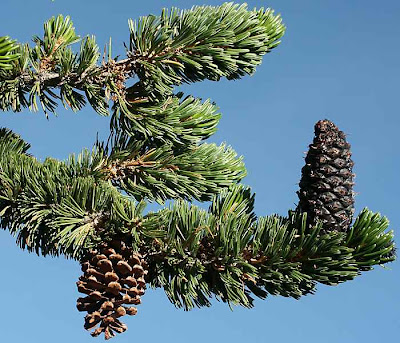 What do you think is the world's oldest living thing? A tortoise, a tree, a bit of algae, or maybe the old woman down the street? All good guesses but I think we need to look a little further.

The oldest living lifeforms are called biological immortals. That is because they don't weaken and die because of age. Some actually have a better chance at living the older they get. Then there are record holders like the oldest living human. I'd like to explore them all but we only have so much space here. I think we'll limit ourselves to those that are 2,000 years or more old.

Trees are included in the longest living things. There are at least 50 known trees that have been alive for more than a thousand years. There are probably more because scientists are sure that there are more trees that haven't been discovered yet.

One of the reasons trees live so long is that they have a compartmentalized vascular system. If one part of the tree is attacked by parasites or illness or if a branch breaks off the rest of the tree can continue as if nothing happened.  Some can even make defensive compounds to fight illness and parasites.

Trees don't seem to pick up genetic mutations that make them susceptible to diseases like animals do. And some send out clones so that even if one trunk dies the organism is still alive. There can be thousands of trunks but only one root system.

Pando is is at least 80,000 years old. Covering 105 acres Pando is a colony of cloned aspen trees located in Utah. Because they share the same root system they are genetically identical. It could also be the heaviest living organism weighing in at 6,615 tons.

The Jurupa Oak colony is believed to be at least 13,000 years old. It has survived forest fires by sending shoots, or clones,  from its constant root system.

A shrub called King's Lomatia is found in Tasmania. The plant bears neither fruit or seeds. All the plants are genetically identical. They are at least 43,600 years old.

In Pennsylvania a box huckleberry plant is about 8,000 years old. It is the oldest known woody plant east of the Rocky Mountains.

King Clone is a creosote bush in the Mojave Desert. Its age is about 11,700 years.

Old Tjikko in Sweden is the oldest living single clonal tree. It is 9,550 years old.

Oregon has a fungus nicknamed Humongus Fungus. Alive for between 2,000 and 8,000 years it is considered to be the largest organism in area. It covers 2,384 acres.

A church yard in Wales is home to the Llangernyw Yew.. It is between 4,000 and 5,000 years old. That means that it took root sometime in the Bronze Age and has been growing ever since.

Fitzroya is a genus of cypress tree. In Chile there is one that is 3622 years old.

A Sacred Fig in Sri Lanka was planted in 288 B.C. It is 2,300 years old and believed to be the oldest living human planted tree in the world.

Many olive trees are supposed to be more than 2,000 years old. In Crete they have confirmed the age of an olive tree by analizing the rings.

Japan also has a tree estimated to be 2,300 years old. It is the great sugi of Kayano.

Welwitchia is native to Namibia and Angola. Many consider it to be a living fossil. It is older than 2,000 years.

Many yaretas are older than 3,000 years old. Yareta is a small flowering plant found in Peru and Bolivia.

Black coral, the official gem of Hawaii, are old organisms. Some have been around for 4,265 years.

In the Caribbean giant barrel sponges have lives exceeding 2,300 years.

Some sponges found near Antarctica might be more than 10,000 years old.

The Servingveld Conservancy in Pretoria is home to an underground forest. Only the very tops of the trees can be seen above ground. The trees are estimated to be immortal and are about 13,000 years old.

Gran Picea is about 9,500 years old. It is a spruce tree in Sweden that can be found near ancient forests.

The tough llareta plant is found on smooth round rocks in the Andes Mountains in Chile. It is a shrub that looks like moss but is actually a cousin of parsley. It is about 3,000 years old.

Iran has a 4,000 year old cypress tree. It is called Sarv-e-Abarkooh.

A person who has been interested in "oldest things" is Rachel Sussman.She has made a project of photographing them. If you would like to see some of her great pictures and learn a little more about them check out her blog. You'll find it at The Oldest Living Things In The World.