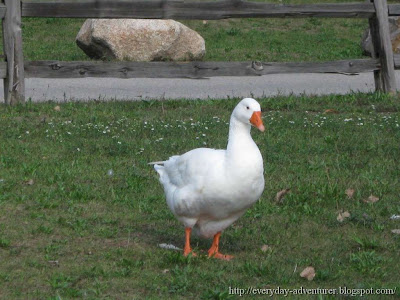 We've already seen The Everyday Adventurer in a thrilling encounter with a flock of geese. Here is the king of them all, Gary Gander. How do I know his name? Because I named him. If you have a better one, give it to me.

After the others got tired of me (I know, it's hard to believe.), this lone performer stayed right with me to the end. He followed along as if he were my best friend. He even did a little dance for me, so I would keep the camera on him and him alone. I must say, it worked like a charm. King Gary Gander was the star of the show. 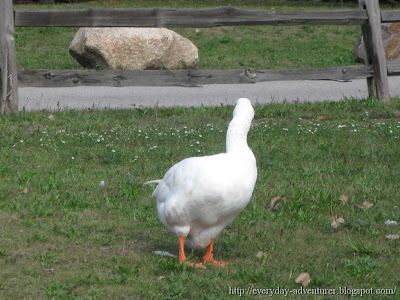 Here he is in the middle of his spectacular Dance of the Golden Goose Egg. No, he didn't do a back flip or anything like that, but he did swing his head from side to side. I would tell more, but you had to be there. He stopped in the middle one time, to admire the big rock behind him. Maybe he thought it was a big goose egg. The size and those edges would have hurt the biggest goose. 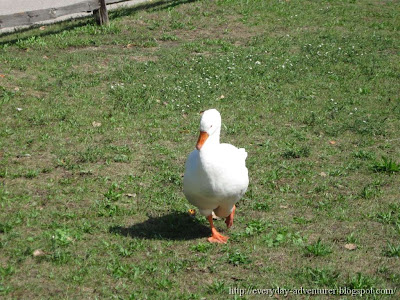 After a great performance, I think Gary realized he was the star of the show. But was he the only one? ...There was another!
Labels: Tales From The Everyday Adventurer