Growing Up In Nebraska

Posted by Emma Springfield on December 06, 2011 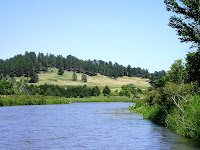 Regular readers of Nature Center Magazine know I grew up in Nebraska. My family moved a lot so I lived in many towns and on small farms all over the east side of the state. I had a happy and carefree childhood. I wish everyone could experience some of the things I did. I am going to share some of it with you. Then you can look back on happy memories of your childhood.


It was lovely to grow up in rural areas. The freedom a child has in that setting is indescribable. We had chores to do but other than that we were on our own from morning to night. Opportunities for fun were unlimited. There were trees to climb, farm animals to run with, and endless paths to explore. I liked trees... still do. There is nothing quite like a tree with branches going everywhere. Or maybe a huge weeping willow dangling over the bank of the creek.

Speaking of creeks, they are good for so many things. We swam. We foolishly jumped off the bridge over the highway into inches of water. An afternoon of fishing was fun. We had homemade poles and sinkers. We dug our own worms for bait. If we caught any, the rule was "If you catch them, you clean them".

For Mothers' Day every year we went out and picked gigantic bouquets of wildflowers for our mother. Many times they were partly wilted by the time we got home but they were colorful and full of love.

A stand of trees would open up a world of mystery. Who knew what dangers or treasures we would find inside? There was only one way to find out. In we would go.

Fields could be almost as fun as groups of trees. Everything was pretty much in a row so there was less mystery. A good game of hide-and-seek could be held in a field.

Animals were plentiful. Grasshoppers were messy from their "tobacco" spitting but we still caught them. Fireflies in a jar made a lantern when we slept out in the yard under the stars. We chased rabbits, birds, and even snakes.

In the winter with everything covered with snow it was truly a wonderland. There is no cleaner sight than unblemished newly fallen snow. What an adventure to race outside to build a snowman or drop to the ground and make snow angels. Snowball fights were great fun until some wiseacre would decide to make iceballs instead.

This has been an overview of what it is like to grow up in Nebraska. What did you do for fun where you were raised?