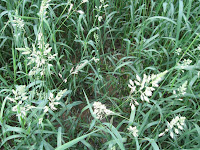 I am back from seeing Ratty. It was nice to visit Ratty and his family. It was also nice to honor his father the way they did. I believe Copas and Rob are also home now. I know you are all anxious for Ratty to be back and posting. I think it may be a while yet. There are so many ends to tie up after a death, so he will be busy for a time.


In the meantime, I will try to keep us here until Ratty is able to return. Copas will do his part and Rob is chomping at the bit. Rob, of course, will have to wait a little longer.

Please be patient with us. We are hoping for Ratty's return at least as much as you are.

Your messages of comfort were received. I do know that Ratty saw them and was touched by them even if he was unable to respond at the time. I thank you on behalf of the family.
Site News