Skip to main content
Labels
Posted by Emma Springfield May 10, 2011

The Road To Here 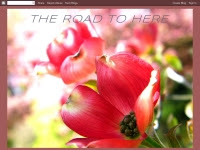 
SquirrelQueen grew up in Georgia in the United States. She read about and heard about far away places and wished to see them. So what did she do? She moved to Alaska and lived in several locations there. She has lived in California and Oregon. For now she is living in Washington State. Through all of the moves, she has taken pictures to record her surroundings.

When she was living in Alaska, SquirrelQueen had an apartment that opened into the back yard. In Alaska it is not unusual to see wild animals in town. For instance, moose would stroll through town and stop traffic. SquirrelQueen learned early to look around when she opened her door to go out. She grew especially fond of a moose that made its bed behind the trash cans.

SquirrelQueen had been trying for a long time to capture dragonflies on film. When she was successful, she got quite a few shots. Not only that, she also found quite a few different kinds of dragonflies. How do we know? The cat told me.

It was New Year's Eve. After getting some snow, SquirrelQueen got some freezing rain. But in between, she stepped onto the patio and saw what looked to be a hawk soaring overhead. Did she panic? Of course not. She grabbed her camera and took a couple of pictures.

When SquirrelQueen took a picture of a plant she did not recognize, she posted her photo. Then she discovered what it was and told us about it. It turned out to be a member of the geranium family. It is edible in several ways. I keep envisioning a salad with those lovely flowers in it.

Here we have a quick picture of a honey bee doing what honey bees do best. The fascinating part of this picture is the huge pollen sac that is so visible.

Another great photo is taken when SquirrelQueen practices capturing sunbeams. I had trouble seeing them until I enlarged the picture. Now I don't understand why I did not spot them immediately.

A lovely pink flower covered with raindrops. The pictures would stand alone, but SquirrelQueen added a poem at the end. It just topped off the whole post.

A visit to the aviary pond on a nice sunny day provided SquirrelQueen with photo opportunities. She snapped a fantastic picture of a turtle seeming to watch a large goldfish swimming by. Nature at its finest.

Please go over and take a look around The Road To Here. The colorful pictures will give you a relaxing time. The short stories are fun to read. It is just a nice way to spend some time. The link is below. When you leave a nice comment, tell her Emma sent you.

The Road To Here